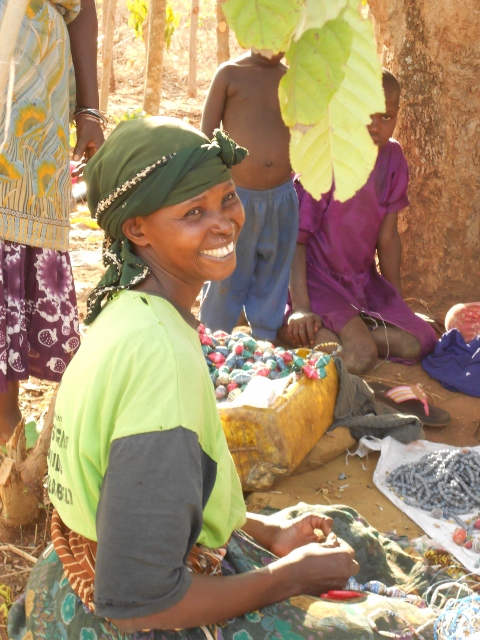 “We have land because of the beadies”

Previously, as in Six Hours Travelling post, you will recall that we had met with Jacqui, through thorough investigations by her good friend Huggy Betty.

Being told, “We have land because of the beadies” and understanding it was across The River (Nile) we set forth.  It turned out to be 73 Kms over the Nile!! which would explain the 6 hours travelling on bodas and matatus. Some good road and then on to dirt track with no sign posts, but lots of helpful people who pointed, nodded, “further further”………… two hours later we found them. 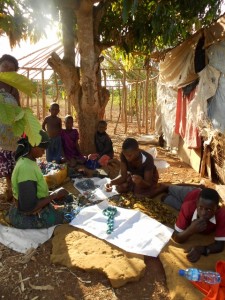 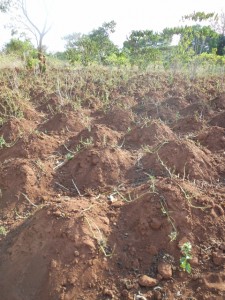 Their 2 acres of land is fantastic, planted with potatoes, cassava, the maize was already harvested and piled in the little dwelling.  Jacqui is now a landowner. Her bloke (the one who worked as a Gardener for Asians, and was bitten by a snake – story from some years ago, so you might not remember) he tills the soil, plants and harvests. Jacqui’s legs don’t work so she pulls herself around very efficiently upon a rice sack, and when out of the home, has a three-wheeler with the chain attached to the handlebars. She is a wonder woman.

We will buy beads one more time and then leave her to be self-sustainable when she will sell vegetables, intending to extend her acerage even more. Another good news story.  She wants to thank everyone who ever buys her beads to know the difference your “kindness” has made to her family.