Frederick, Youth Minister, Teacher and Worker with Compassion and Naome, qualified Hairdresser and Beautician, announced their intention to marry. The Introduction was on 20th August and their actual Wedding 27th August, 2011.

The Wedding was “the most joyful occasion I have ever been to” quote Christine, International Co-ordinator of Child Restoration Outreach, Mbale.

600 eventually attended, arriving at various stages of the ceremony. The photos  show you in part, and I shall endeavour to load video at a later date. 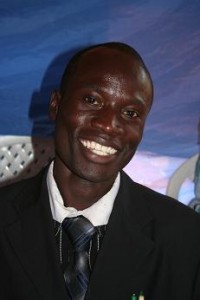