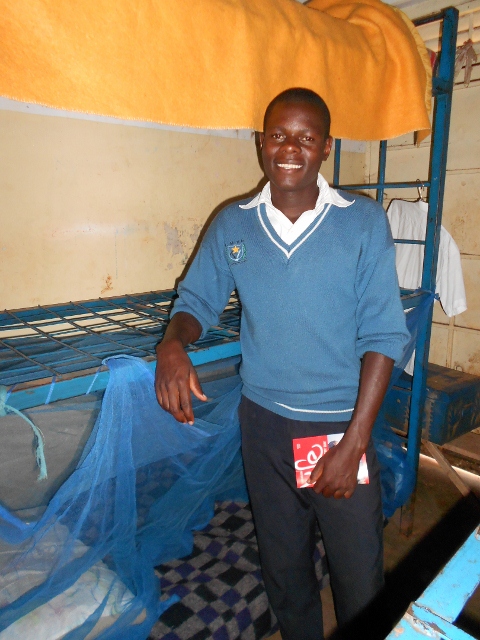 Boys back in school

On 30th January all Ugandan schools opened for registration.  Vincent had taken himself to Lords Meade Vocational College the night before we met up with him, registering him and Ben the Runner.  We went by bodas the scary short route into town, dust tracks under the railway bridge over the Nile.  Interestingly this bridge is “closed” and guarded in the night hours (7-7) for two reasons, possible rebel attack and to prevent suicides, who could therefore not be rescued in the dark!

Kitting both fellas out with soap, plastic plates, quality loo paper and padlocks – no backpacks as yet because one of the sellers was charging £15 (in Ugandan shillings) for second hands.   Bartering hard couldn’t get her down to a reasonable level, even though she had a cold and was pregnant.  All who contributed at the Beckingsale party should be well pleased that the boys are settled, Gilbert will tailor two pairs of black trousers for Ben so he has complete uniform and will look so smart. Vincent boiled in his school sweater, but refused to take it off as his shirt was as yet un-ironed and he wanted to represent his school with pride.

All the staff with Mr John and Mr Peter were so helpful.  We cannot speak highly enough of Lords Meade Vocational College.