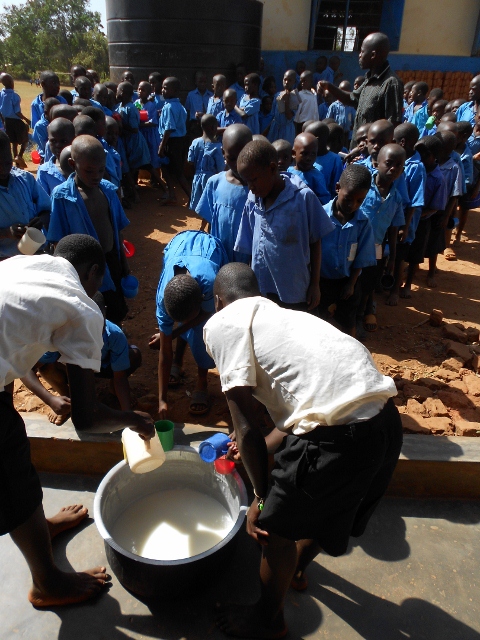 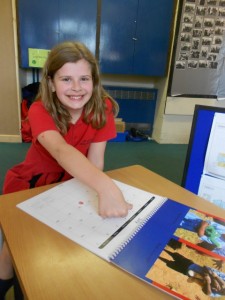 There have been many generous people filling the blue/yellow Porridge Pots, each pupil or parent with their own particular story.

Many thanks to Sophie who completely emptied her money box, gently cajoling her family, including Grandparents to empty their pockets and then sweetly presenting £40 of lose change last Wednesday. She has paid for 2,400 full tummies, one of the days was the Monday after her birthday.

Max and Lily placed their fingerprints on two weeks-worth of porridge because their Dad, Andy and his friend Dave had a friendly fitness/weight wager after New Year. Andy won and decided to give the £200 to Fingerprints.  Fantastic and thank you so much.

April printed her finger earlier with money raised mainly from her Uncle’s change from white cider!!

One adorable Mummy dedicated her donated day in memory of her mother (a very beautiful idea) The men in her family all gave generously too for further days.

The stories are so heart-warming and restore faith in humanity.  When we read of so much going wrong in the world today of  hood-winking politicians and greedy business people……………….the difference however seemingly small made through sending money on this project to Kyabirwa Primary is immeasurable.